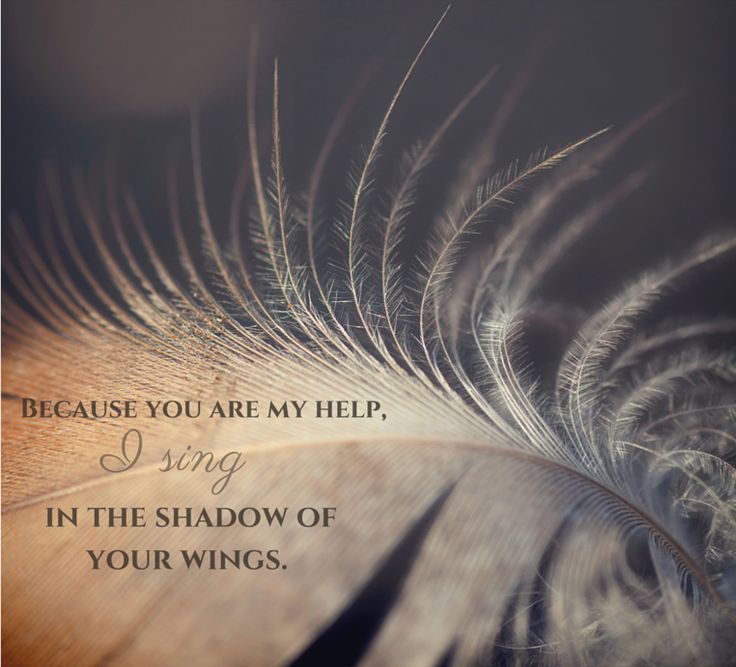 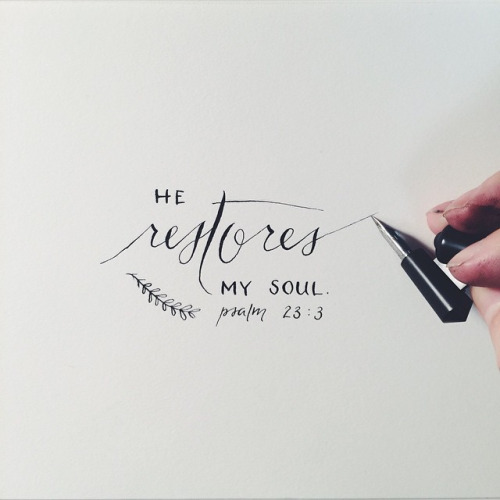 I fell asleep last night thinking about what message I most want to share with others about God.  I had been with a bible study group earlier where we viewed a tape of a well known prophetic speaker/teacher.  Later I was listening to a conservative radio talk-show host while working a jigsaw puzzle. Both speakers reached a vast audience with a lot of information.  I guess I was not only pondering upon what they were saying but the commonality among all the people who were listening.  Souls.  Everyone posses a soul.  Of one thing I am certain: God is a restorer of souls.

Being a farmer’s daughter I attended a country school.  When I was in the first grade my mother befriended another first grader’s mother who invited us to their Methodist church; not too far, as the crow flied from our farm.  Although my parent’s had dutifully had me baptized Presbyterian when I was a baby, they never attended church that I can remember until we started going to the little country Methodist church.  When Christmas came around, the first graders had a Psalm to recite.  I don’t remember exactly which line was mine.  I only remember that the very first scripture I ever became familiar with is the 23rd Psalm when I was six years old.

Many years later we had lost our youngest son (my Easter baby) to Melanoma at age twenty-six and a few years later mother began losing her health.  Other things were also pressing in my life.  Things were pretty overwhelming, and I heard the Lord say, “Start praying by saying the 23rd Psalm.”  How well the Lord knows us when we are overwhelmed and begin to go into shutdown mode!  I began the first verse of the 23rd 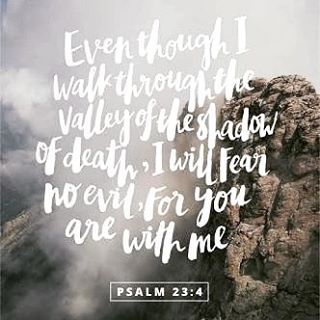 Psalm, “The Lord is my Shepherd I shall not want.” I could remember the second verse about laying down in green pastures beside a running stream, and then went blank. I could pray, “Yea thou I walk through the valley of the shadow of death, thy rod and thy staff comfort me.”  I had prayed those words when I first found out I was losing my father to cancer and had cried out to God because of my fear that his soul was in peril, and then my sister, and then our son. I could move on to “He prepares a table before me in the presence of my enemies” because I had prayed that many times in spiritual warfare.  I could pray, “He anoints my head with oil: My cup runs over.” because that is exactly what happened the day I was baptized with the Holy Spirit.  I could remember most of the words of the final verse, especially the finals words, “And I will dwell in the house of the LORD forever.”  Yet, where was the verse about the soul.  What was missing?

I was laying in bed alone when the Lord spoke to my troubled heart about Psalm 23.  I couldn’t quit praying without knowing all of Psalm 23, so I switched on a light and found a Bible.  There it was in verse three:

“He restores my soul;
He leads me in the paths of righteousness for His name’s sake.”

When I read the words, “He restores my soul” such comfort hit me I knew the Lord was zeroing in on something I was unaware of.  At first I thought it was all of the family grief I had experienced, but God had brought victory in the face of death. I considered ministry work I was phasing out of and Christian radio programming I was involved in.  I considered family relationships. I thought about any path of righteousness where I had been unrighteous in any areas. It’s amazing how quickly the Holy Spirit can surface incidents; things perhaps we don’t see.  I’ve learned to be quick to repent, repent, repent.  There is no shame before the Lord when we repent. He is faithful to forgive us and cleanse us from all unrighteousness. (I John 1:9) I then began to seek the Lord concerning the condition of my soul. (There was such immediate relief when I read that He restores my soul that is seemed logical to ask.  You see,  I find that sin leaves a little worm hole in our spirit-man and somehow the enemy is able to wreak havoc through the tiny worm hole as if taking fragments of a soul.)

About eighteen months after I became, to my husband’s way of thinking, “radically” born-again, I was filled with the Holy Spirit. (Another story, another time…) and there were women at my new job (found just days after I called out to God for help months before my born again weekend) who belonged to Women’s Aglow.  Aglow was a pretty new organization back then and was a haven for many women from many denominations in my small city; most of us belonged to denominations that were not charismatic or spirit-filled and it gave us a wonderful opportunity to fellowship together with like-minded Christians.  I soon became involved with an Aglow Bible study.  The first time I attended one of the studies, one of the leaders took me aside and asked me if I understood anything about the occult, witchcraft or breaking generational soul-ties.  Although this was many years ago in my walk as a Christian, these little nuggets helped me to understand that there truly is an enemy of our soul, and God gives us weapons of protection.

Finally, my brethren, be strong in the Lord and in the power of His might. Put on the whole armor of God, that you may be able to stand against the wiles of the devil.

When I began to ask God about why my soul needed to be restored, He brought to mind the time a number of years back when I realized I was going through such turmoil because my soul was fragmented.  My reaction wasn’t one of woe or despondency, I became angry. It was righteous anger directed at the enemy of our souls because the Lord had revealed to me over the years how wily the devil is when it comes to taking advantage of God’s children’s souls. 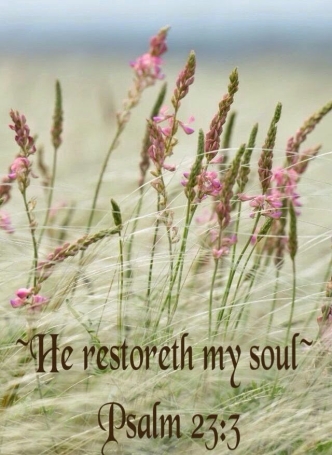 There are teachings out on the web about fragmented souls, but I am thinking of a book called How To Survive An Attack by Roberts Liardon.  I still have a copy from 1995 and that was the 4th printing.  My copy no longer has its cover and is held together with one of those large binder clips.  The pages are highlighted and underlined.  Within the book Liardon explains that our soul has five key areas:  the will, the emotions, the intellect, the imagination and the memory.  He devotes a chapter to each area and over the years I have returned to one or another chapter many times.  Why? There is so much truth to be found about what attacks against our souls are like and so many scriptures and examples to back them up.  There are so many times that I have recognized what the enemy was up to and was quick to get my armor on, my shield up,  and sword ready!  I am grateful for this servant of God.  (And I do know he went through a set back, but I also know his work has stood the test of time and he is restored!)

Attacks against our souls can be very subtle.  That’s why we don’t realize we are under attack and think whatever is ailing us is something completely different.  I had no intention of writing this post today! As I said in an earlier post: The level of brokenness I was experiencing last summer which caused me to draw separate to be nearer to God, and this sensing of the magnitude of spiritual warfare that is literally coming close to shutting believers down brings me to this place where I can share with those who are seeking faith or encouragement as I write about my journey with an ever faithful God.

In Him we live, and move and have our being,